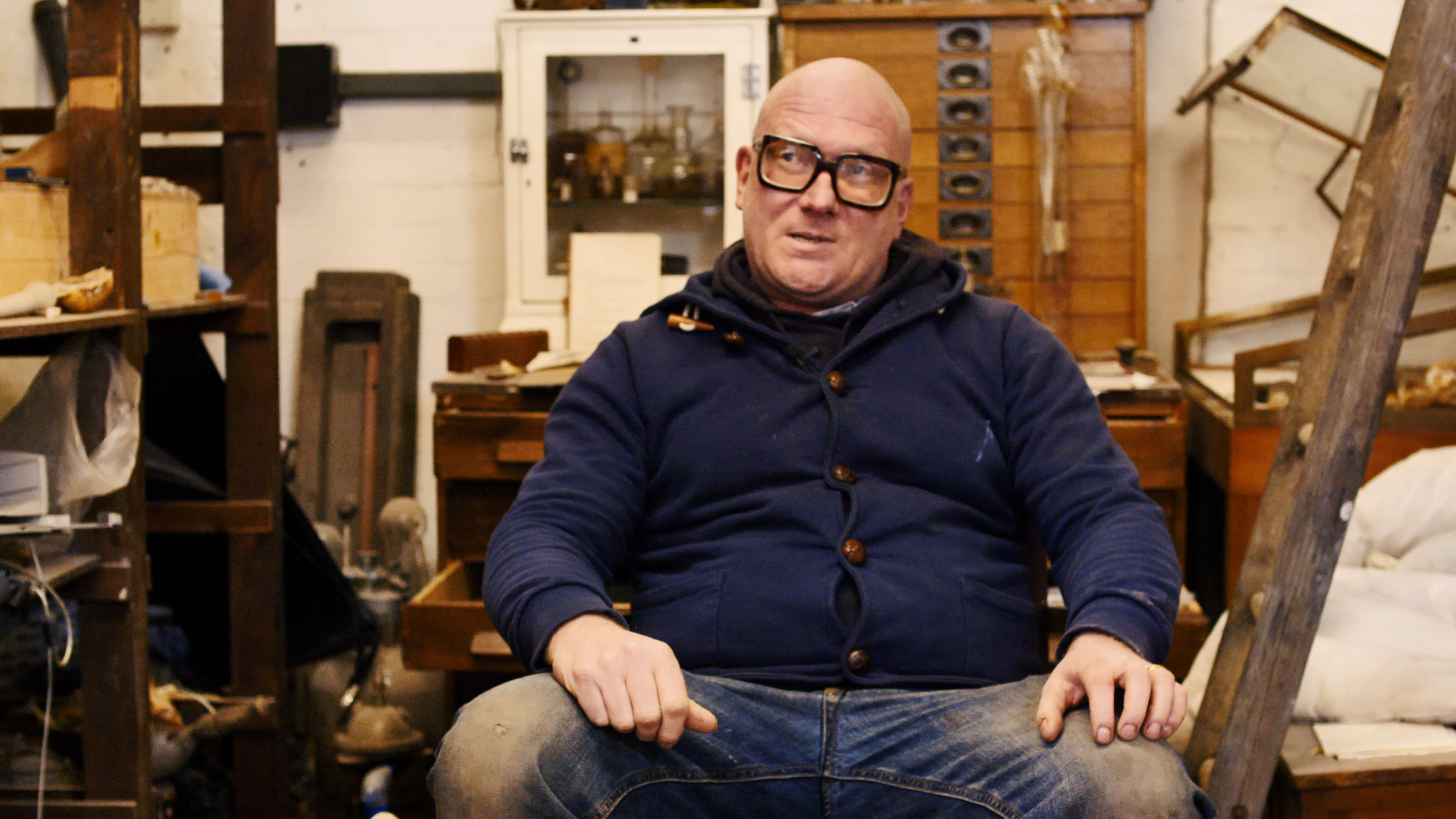 Adie Blundell was born in Coventry in 1965.
My current work is heavily influenced by alchemical imagery and meta physics, something that I have always been interested in. I am in the process of producing a series of large scale lino cuts based on the notion of ” Strange Tails”. The imagery can trace its origins to early medieval alchemical manuscripts and I have always had a fascination with medical and chemical apparatus. All initial preparatory work takes place in hand made sketchbooks, the paper may consist of bone, concrete, metal or other composites. The sketchbooks are imperative to the production of the prints as they go hand in hand. Ultimately, the sketchbooks become artifacts in their own right.

Past work has included my solo exhibition at The Herbert Art Gallery – His Dark Materials. This work was composed of new and found materials sculptures that were formed from plaster, latex, salt and iron, incorporating keys, locks, light switches and medical equipment. My series of masks I believed to be disturbingly alienating but also compelling as a vision of different sides to my personality: Alchemist, Doctor, Hypochondriac, Ancient Mariner, Voyeur, and Wolf in Sheep’s Clothing. Large scale, detailed drawings of ravens, albatrosses and other birdlike creatures were presented alongside the sculptures in the exhibition. Inspired by alchemy, folklore, poetry and obsessive Victorian collecting, my works reflected the multiple obsessions which dominate my life.

Back to Adie Blundell