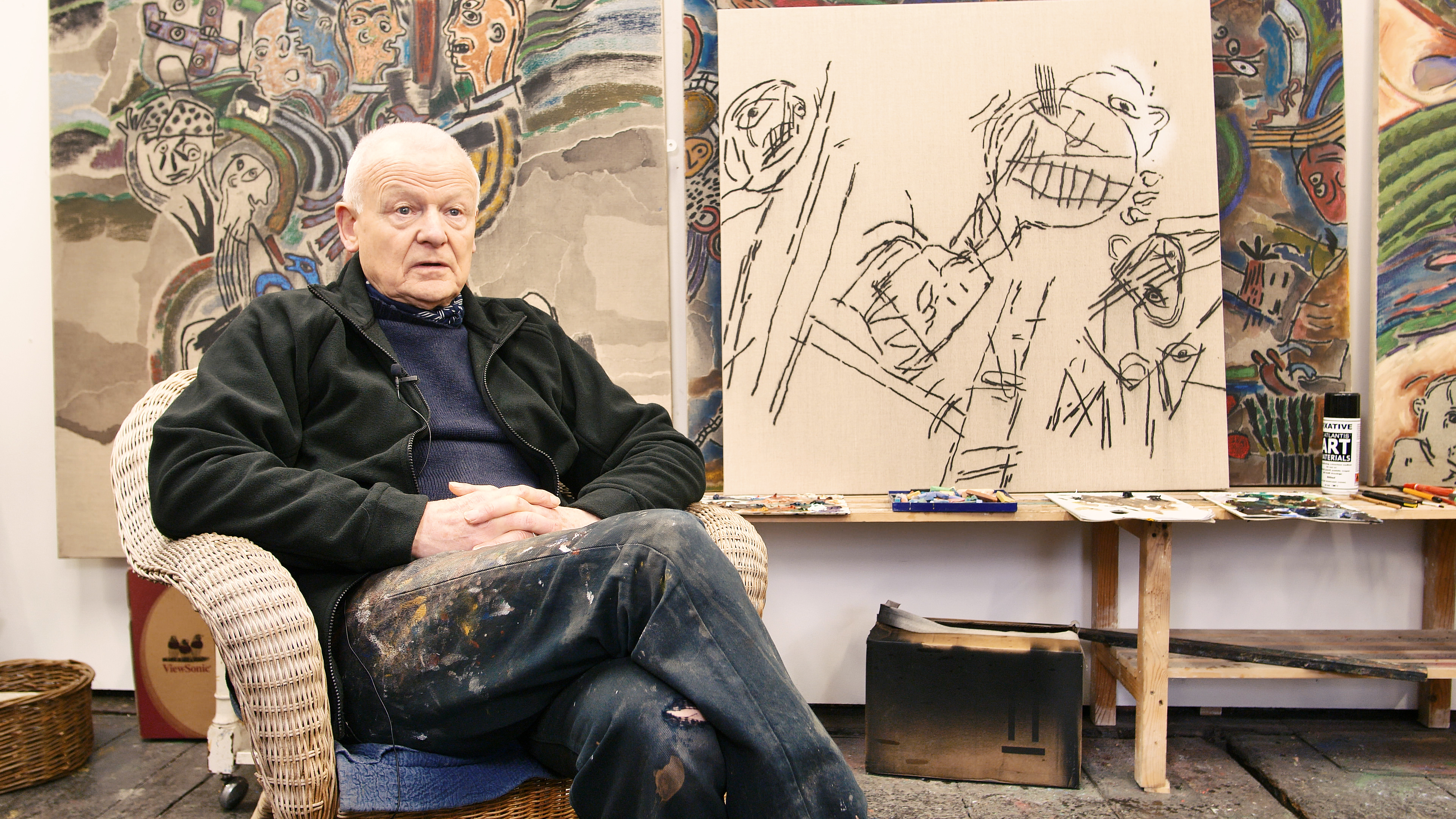 Alan Dyer was born in Nelson, Lancashire in 1944.

He studied fine art at Burnley School of Art and Bristol Polytechnic. During the early 1970s he studied psychology at the University of Reading and gained an MPhil research degree for his work on the psychology of perception and pictorial form (including Jungian psychology and the use of symbolic forms in depth psychology and religious iconography).

He subsequently continued research on visual perception and representation at the University of Birmingham Medical School, examining the neural mechanisms underlying perceptual processes and field theories.

He has carried out research on the role of art in developmental psychology and on the potential of art as a diagnostic tool in psychiatric and therapeutic contexts.

He worked as a university lecturer for twenty-four years, teaching courses on the psychology and ideology of art. He has published research on the use of interactive computer systems and navigational metaphors for organising knowledge structures, linking psychology, information systems and databases. In 1997 he left teaching to concentrate on theoretical research and on the pictorial medium of drawing. Throughout his career he has continued to produce paintings and drawings.

His work is in numerous public and private collections in Europe and the USA.

Alan Dyer’s paintings use techniques based on Freudian psychoanalysis. They apply a free-association process as a way of externalising personal and sometimes random material that allows chance and accident to occur. Overall, the context, method and execution are controlled but within the general making process he tries to find a balance between randomness and control that transfers much of the meaning or interpretation to the viewer. Put crudely the process is almost akin to doodling but with tight aesthetic constraints and pictorial organisation.

Alan Dyer’s drawings employ text and diagrams and are an attempt to combine his background as an image maker with his ongoing theoretical research work. His drawings arise from the use of an ‘ideas processing’ technique. Each drawing is the product of a particular idea or set of ideas which is being investigated. In the drawings, two types of language either compete with each other or complement and support each other. The drawings must meet two requirements to achieve a satisfactory resolution. They must fulfil ongoing research or investigative needs but must also result in aesthetic images which, although being largely text/diagram and conceptually based, they must hold their own as pictorially complete visual statements.

Arguably, for the drawings to function iconically as pictorial images, the semantic function of the writing may be compromised, resulting in text which becomes like concrete poetry. Alternatively, to derive direct meaning from the linear, sequential character of the text the expressive impact of the drawings as aesthetic objects might be compromised. A major aspect of the drawings is this interplay between two modes of expression – the textual and the iconic.

Back to Alan Dyer