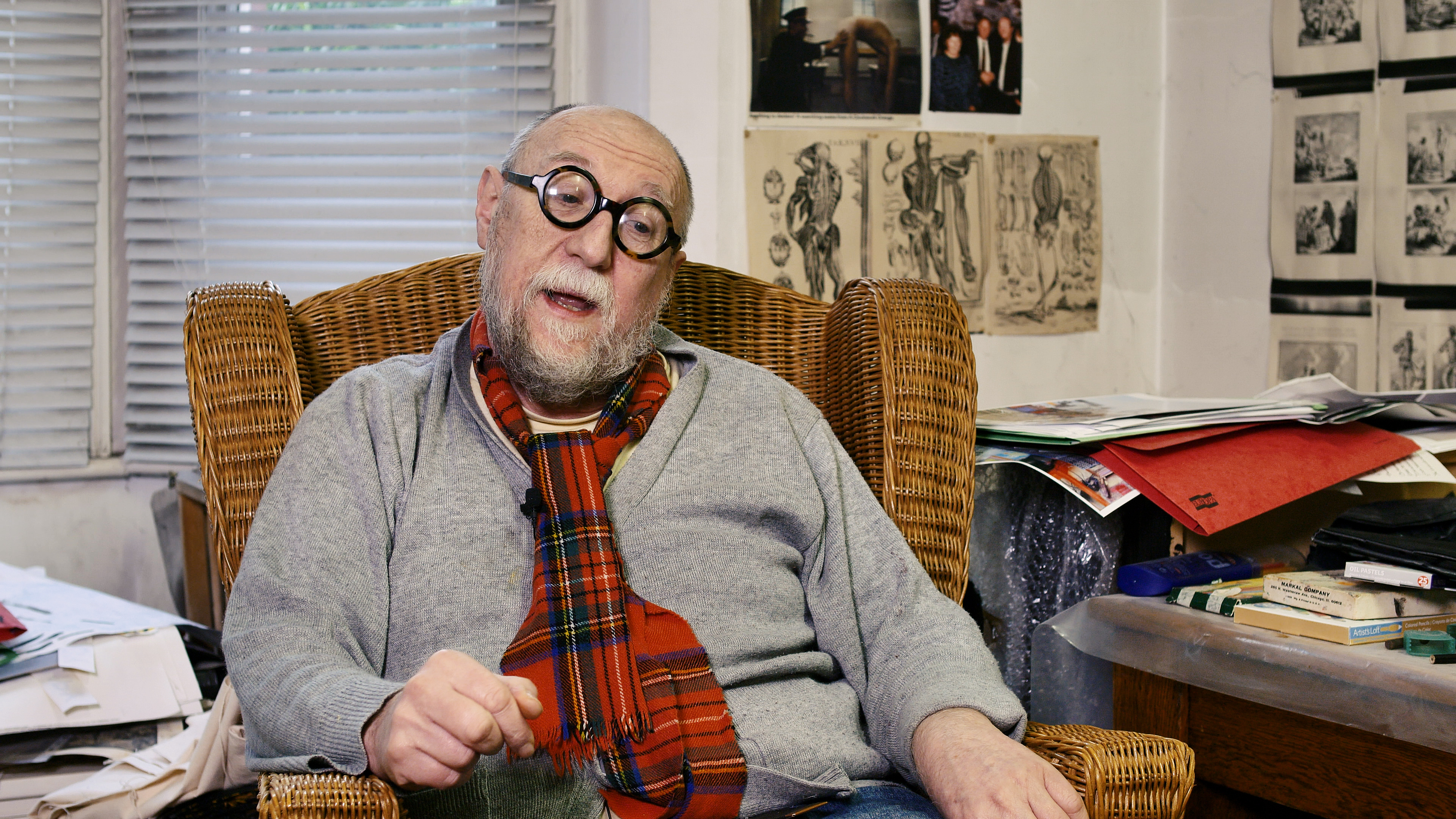 John Yeadon was born in Burnley Lancashire in 1948.

Studied Hornsey College of Art, 1966 – 69.  Royal College of Art, 1969 – 72. Yeadon is an eclectic artist: a painter and printmaker, also worked in banner-making, theatre design, digital media and music. He has had over 30 one person shows exhibiting throughout Britain and abroad.

For 50 years he has been exploring issues of politics, sexuality, food, national identity, the grotesque and carnival. His interest lays in the history of the popular culture: Rabelais, Commedia della Arte, and Carnival, “a second world…a second life outside officialdom” as Mikhail Bakhtin put it. After 30 years lecturing in Fine Art at Coventry University, (Lanchester Polythechnic as was), formally as M.A. Course Leader in Fine Art, Yeadon retired from full-time teaching in 2002 in order to concentrate on painting and playing his ‘cello. He has been a visiting lecturer on postgraduate programmes throughout Britain, notably, the Slade, Goldsmiths, Chelsea, Wimbledon School of Art, Reading University and Glasgow School of Art.

Since retiring from full time teaching he continues to be a visiting lecturer at Coventry University and in 2007 at the Royal College of Art, Painting School. In 2012 he was ‘In conversation, the Last Tutorial’ with George Shaw in 2012 during George’s exhibition ‘I Wos here’ at the Herbert Art Gallery in Coventry and in 2016 conducted a workshop at The National Museum of Computing, in Bletchley Park.

His work has been reviewed in Art Monthly, Arts Review,  Artscribe, the Guardian, the Independent, Sunday Times, Tribune, Dresdener Amtsblatt, Dresden International Newsletter, Gay Times and Gay Scotland and is featured by Emmanuel Cooper in the Sexual Perspective. The work is in the collections, of the Arts Council of Great Britain, Royal College of Art, Coventry University, City of Birmingham Museum and Art Gallery, the Herbert Art Gallery and Museum Coventry, and the Icelandic Phallological Museum, Reykjavik.

Back to John Yeadon