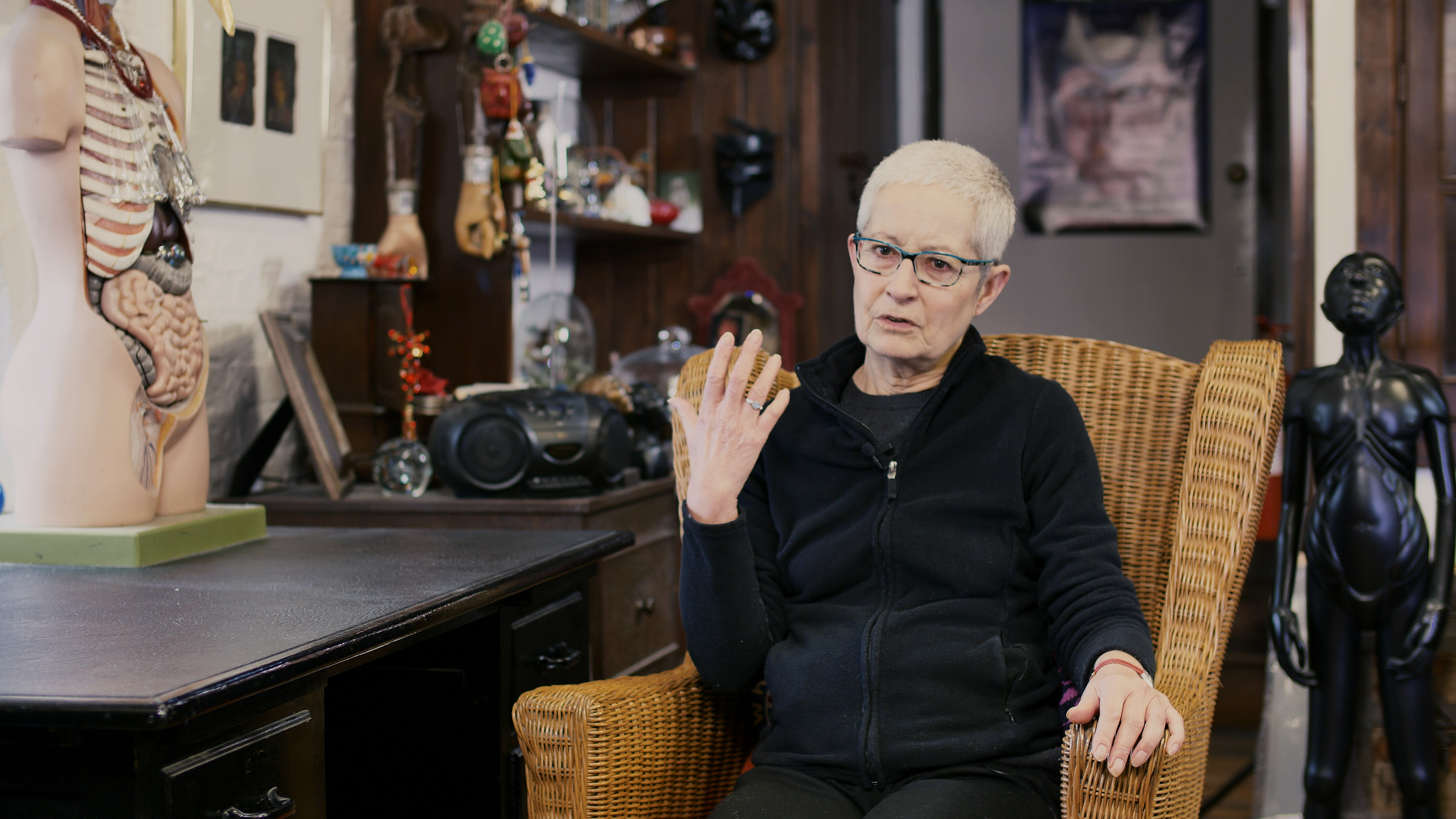 Mandy Havers was born in Portsmouth in1953.

She has exhibited at the Treadwell Gallery since 1975, and has been included in the gallery`s comprehensive international art fair programme from 1975 until recently.

Her work was shown in the seminal “Women`s Images of Men” at the Institute of Contemporary Art, London, in 1980. “Lifelines” was the title of her major One Woman Show at Wolverhampton Museum and Gallery in 1997, and between 1996 and 2000, she had three one woman exhibitions at Galerie CO/10, Düssoldorf, Germany. Her most recent one woman Exhibition was at Treadwell, Austria in 2007.

Mandy and her family have had to deal with the threat of kidney failure during their lives. Her sister had a transplant and her mother died from it. This gives some understanding as to why much of Mandy`s art has been about the vulnerability of the body.

Back to Mandy Havers