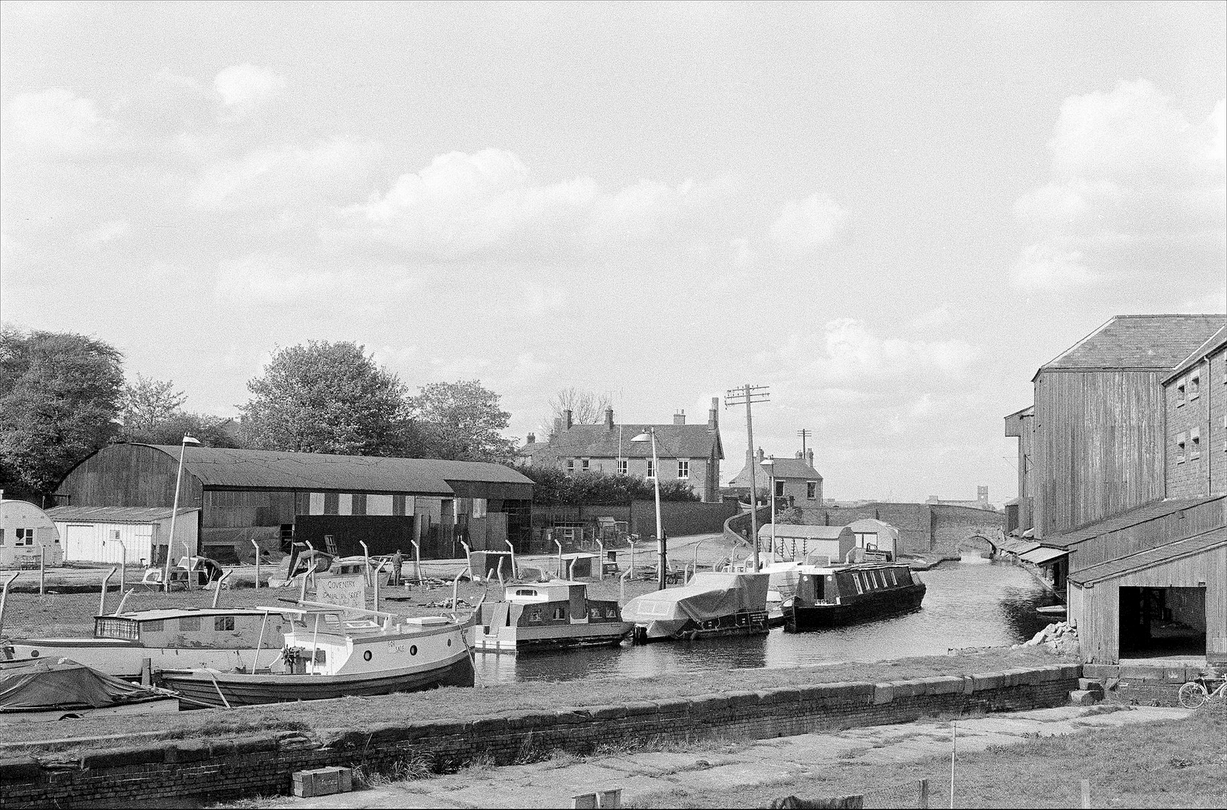 Coventry’s canal basin and wharf was initially constructed in 1769 under the guidance of the waterways engineer James Brindley. It was later enlarged to its existing size in 1788. The Warehouse, which runs along the south side of the basin, is a grade II listed building. It has a total internal floor space of approximately 14,000 sq.ft. divided into 25 rooms of varying size and including extensive balconies, landings, stairwells, and loading bays.

The Warehouse was built in three stages. The central section built in soft orange brick is the original warehouse dating from the late 18th century. The lower section towards the canal bridge dates from the early 19th century and the 5-storey part was added in 1914.

Most of the original architectural and industrial features in the Warehouse are still intact and much of the original machinery used for loading and off-loading narrowboats and barges at the wharf side are in working or repairable condition.

The Warehouse is acknowledged as one of the finest surviving examples of early canal architecture in the West Midlands and, together with the canal basin, it constitutes an area of special architectural and historical interest. The Coventry canal and the canal basin have been designated a protected conservation area