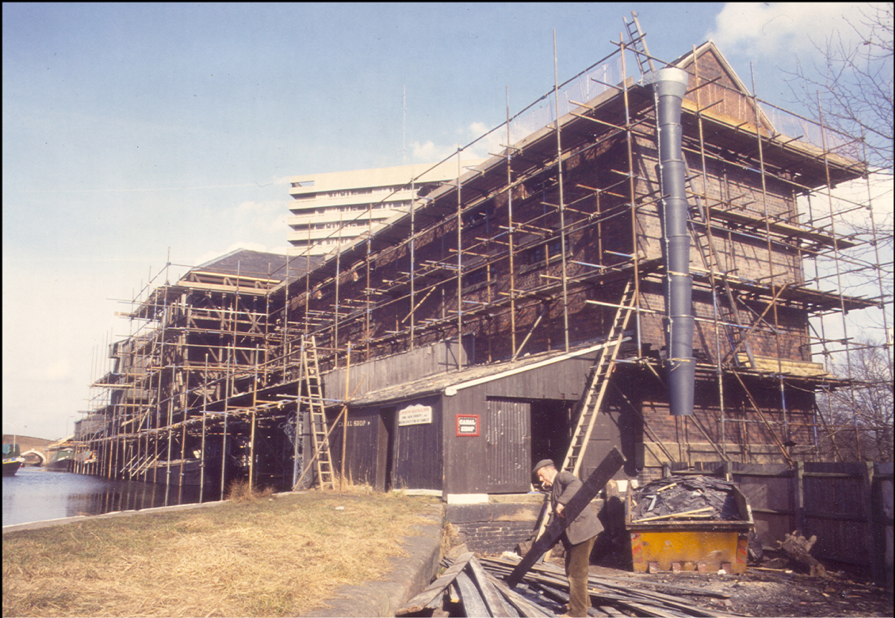 In 1981 a group of artists moved into the Warehouse to establish studios and workshops and to form the Coventry Artists Group. The Warehouse was derelict at the time but the aim of this group was to gradually form an arts community. In 1983, together with other interested conservation groups and craftspeople, a company was founded – Coventry Canal Basin Trust Ltd. Funding was sought to restore the property and convert it into an arts and crafts centre. In 1983 the trust was awarded an Urban Programme grant to restore the building and convert it to the proposed use. Restoration work took over two years to complete and was supervised by trustees and the trust’s architect, Kenneth Holmes. The aims of the trust are enshrined in its Memorandum and Articles of Association. Firstly, the trust is constituted to –

‘ preserve for the benefit of the citizens of Coventry in the County of West Midlands and of the nation at large, whatever of the English industrial, historical, architectural and constructional heritage may exist in and around the Coventry Canal Basin at Leicester Row, Coventry in the form of the buildings of particular beauty or industrial, historical, architectural or constructional interest.‘

This aim deals specifically with the trust’s environmental and conservation ideals and is the basis of its charitable status. Secondly, it is the aim of the trust to manage the Warehouse for the provision of affordable workspaces for artists and to host meeting rooms for various local clubs. The trust has also created the public garden in the canal basin which it continues to maintain and improve for the benefit of local residents and visitors to the basin.